Learning Koine Greek, the Greek of the New Testament, can be fast and fun.

But not when taught the usual way.

There’s a reason people say of the incomprehensible: “It’s all Greek to me!” Greek is reputed to be a difficult language to learn, especially for native English speakers. To that, we say: “It doesn’t need to be!”

Using our cutting-edge, interactive digital textbook and live, online classes, students will encounter Greek in a fresh way — not as a museum piece, but as itself: a rich and beautiful ancient tongue that was always meant to be understood, not merely decoded.

Whatever your age, level of education, or goals, we can meet you where you are and make it so Greek is no longer “All Greek to me!”

What Level of Koine Student Are You? 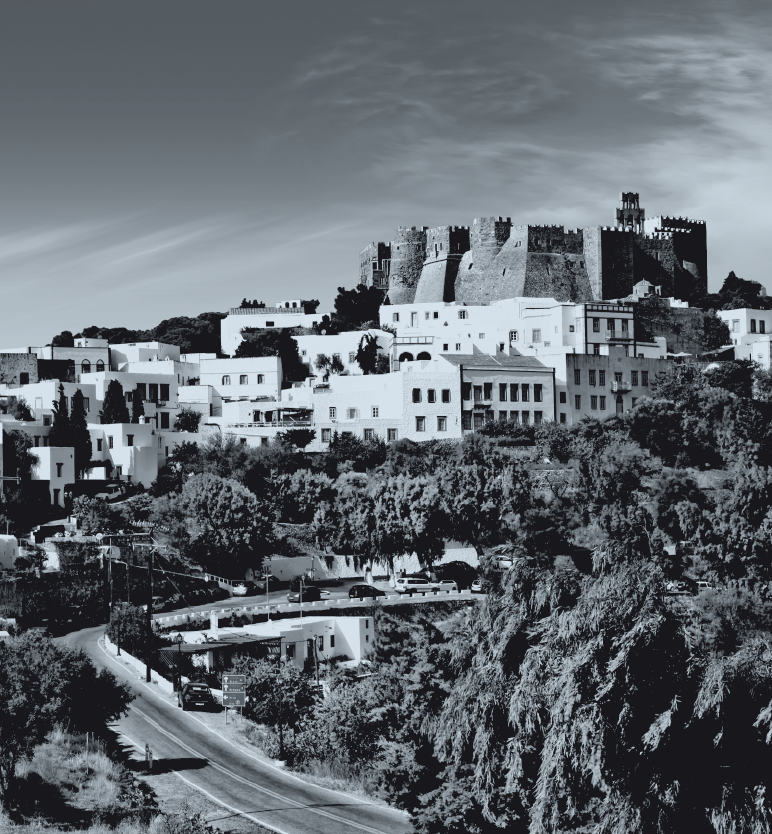 This course is best for students who have no prior experience with Greek. Read, write, and speak in Greek from day one. You will learn grammar and vocabulary with an interactive digital textbook and meet in a live, online class. 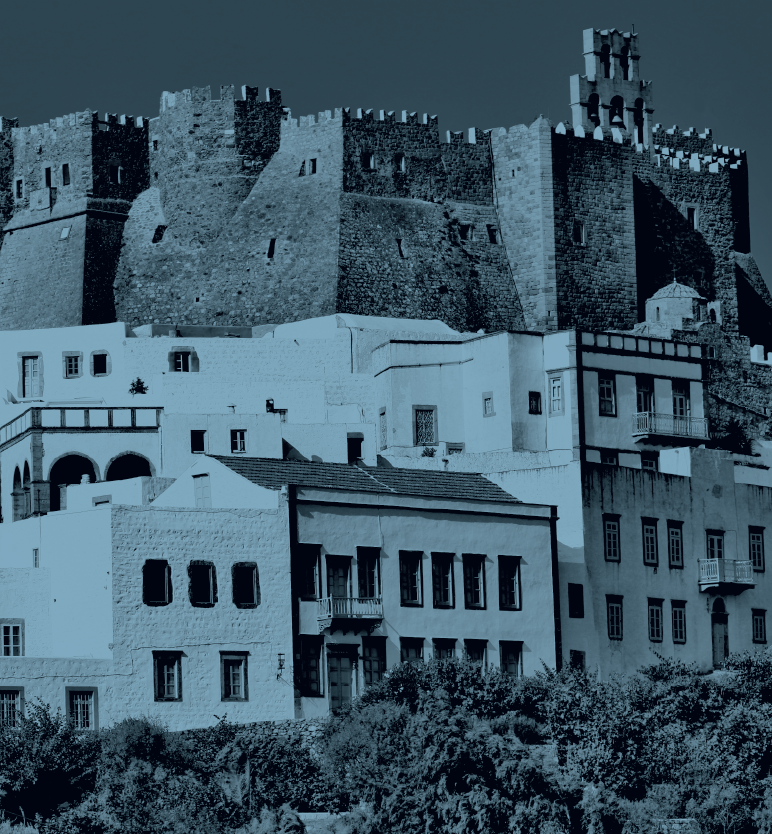 This course is best for students who have some experience with Greek, but aren’t comfortable reading primary Greek sources. Take your acquisition to the next level. By the end of this course, you will be reading primary texts with ease!

This course is designed for students with at least two years of Greek under their belts. Students will customize their own curriculum and pursue the texts that interest them. This course equips you for independent study!

How We Teach Koine

In most Greek courses, you could sit through weeks of rote memorization before you ever read a real text. Even then, texts tend to be short, dull, and they take a back seat to paradigms, vocabulary, and grammar. Too many students complete a course with only a set of “conversion formulas” to show for it, and they think they’ve learned Greek!

That’s like forcing you to memorize a cookbook before letting you step foot in a kitchen — and once you do step foot in the kitchen, you’ve never even held a knife before!

We think there’s a better way.

We think that proficiency in Greek requires reading early, much, and often. In our courses, you start reading Greek as soon as possible, and reading, not rote memorization, takes first importance.

That is the better way. And that’s why the Ancient Language Institute exists.

Jonathan Roberts, Founder and Director of the Ancient Language Institute

"What if, like any other morning, you sat down with your coffee, put your feet up, pulled out your Bible, opened it up and started reading... except you weren't reading a translation? You were reading in Koine Greek!

It's possible to learn how to do this. But not from most programs. Too often, Koine students learn to decode, not to read. We built our Ancient Greek program around teaching our students to do what they really want to do: Read Koine texts, especially the Bible, with fluency."

The ALI curriculum is built around Active Pedagogy and Comprehensible Input.

If you want to read more about the ALI approach to teaching ancient languages, check out our language pedagogy manifesto.

The Eras of Ancient Greek (You Can Learn Them All) 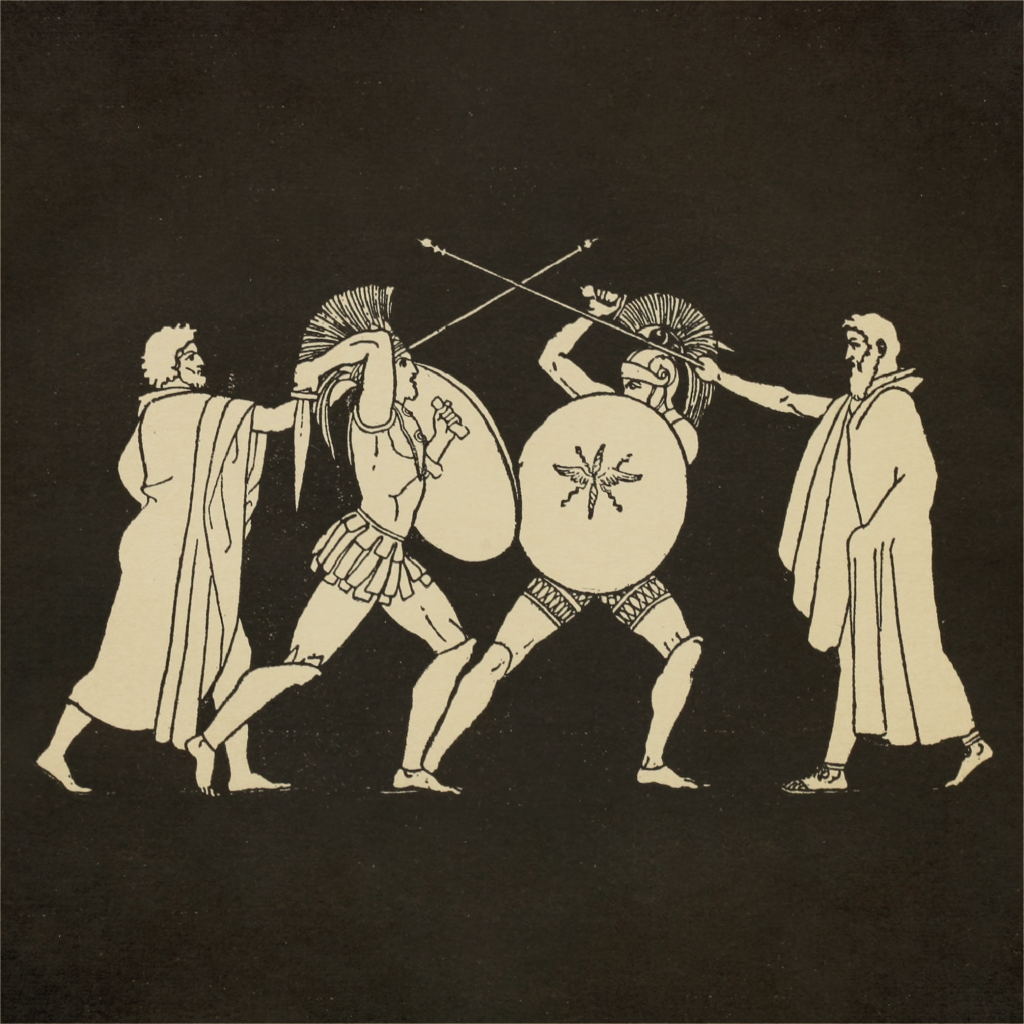 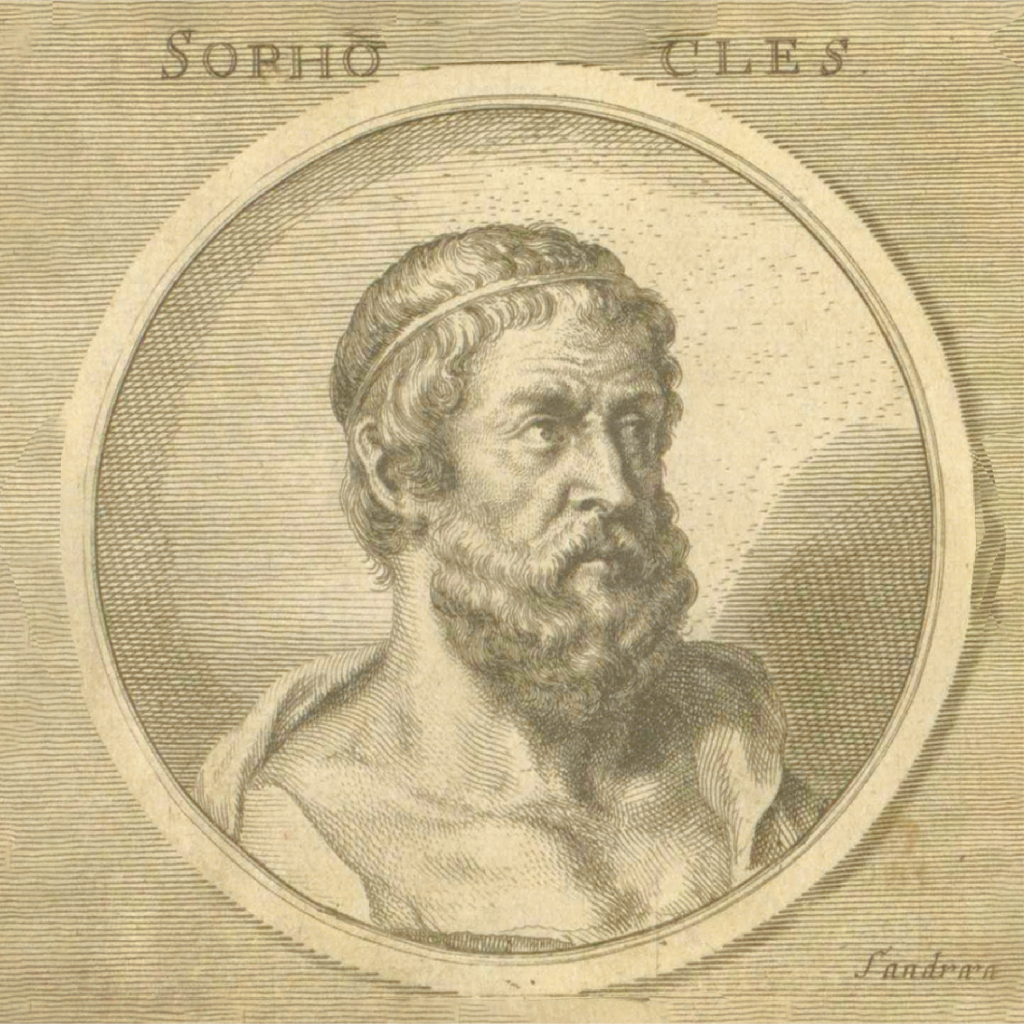 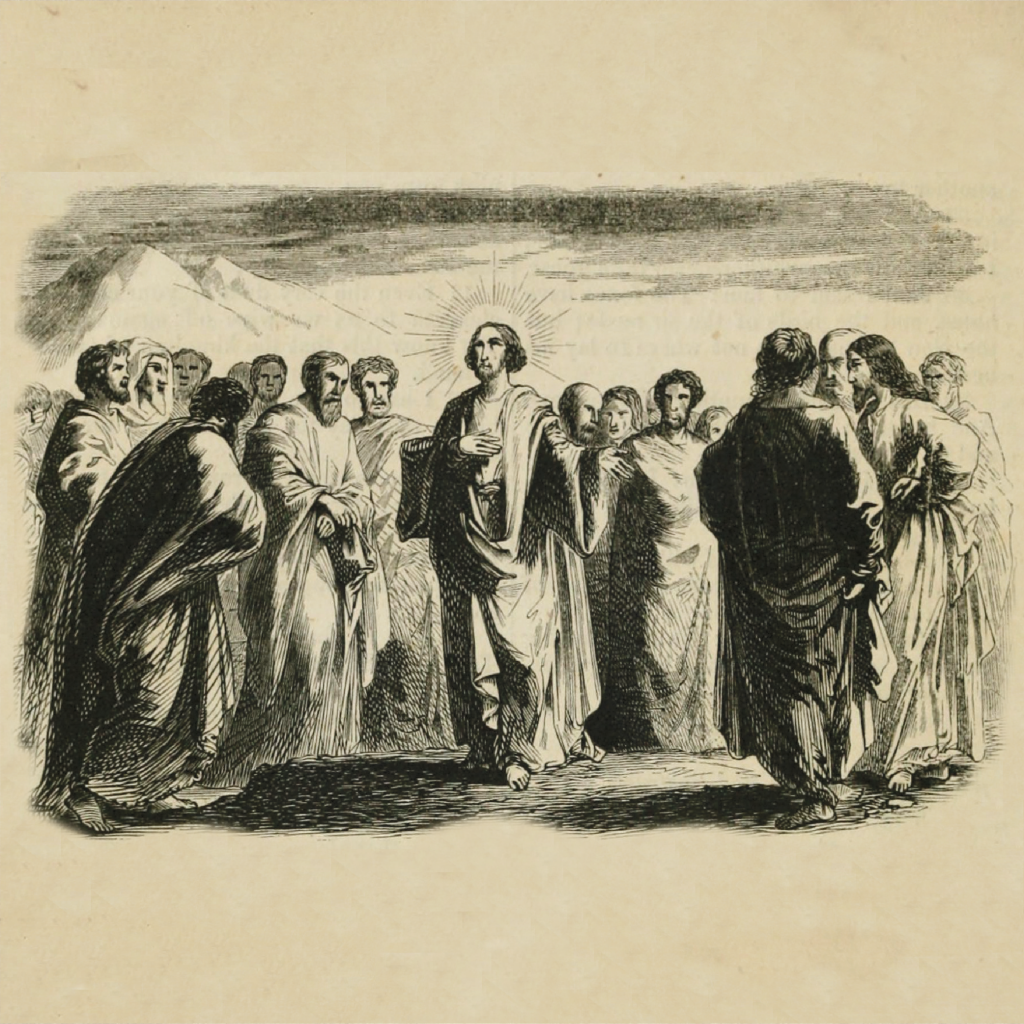 The differences between the various forms of Ancient Greek: Archaic, Classical, and Koine, are overstated. Whether you aim to learn how to read Homer’s epic poems, the drama and philosophy of Athens, or the various treasures of Koine – anything from the Bible to the poetry and history of the Hellenistic Age, the Ancient Language Institute will prepare you for it.

Our Beginner and Intermediate Courses prepare future Greek scholars of any time period. Starting in the Advanced Course, you can choose an era to specialize in and continue that area of study into your Expert-level courses.

What You Can Expect

At the introductory level, all students receive a license to our interactive, digital textbook, which helps you learn grammar and vocabulary according to our natural method. At every level, actual class meetings take place live, online. Our Fellows will present lessons, oversee exercises, and lead students in readings and discussions, so you will get a chance to interact with our faculty and your fellow students.

Since our goal is to help you read Koine fluently, we’ll get you reading Greek texts as quickly as possible. And even though no one speaks Koine Greek as a native tongue anymore, you will learn to speak Koine as well. One of the best ways to learn how to read is to learn how to speak, and vice versa.

You don’t need the gift of tongues to acquire Greek. It requires no special skill or innate talent — just good study habits and time. And that’s all we expect of students. That’s all they need to excel and meet their language goals.

We promise to be a student-first educational institution. Here’s what that means:

Start Learning Koine
I know too many seminary graduates who have forgotten the Greek they learned in school, and since I'm planning on going to seminary, I am determined not to be one of them. I'm so glad I signed up to study with ALI. Instead of paradigms and flash cards, we have page turners and Greek conversations. If you can remember what it was like when you first learned to read, how you looked forward to finding out what happens next, then you'll have an idea of what it's like learning Koine with ALI. 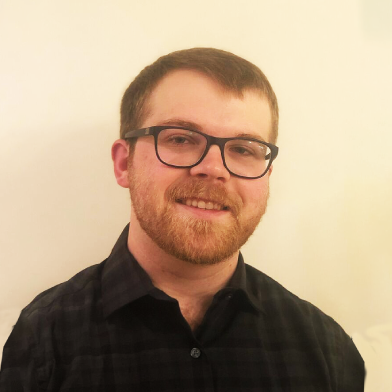 What is Koine Greek?

Koine was the most widely spoken form of Greek of late antiquity. Hence it is called koine, which in Greek means “common.”

Koine Greek goes by many other names. It is sometimes called Common Attic since it borrows heavily from the Attic (Classical) dialect. More accurately, Koine is a form of Greek, not a dialect. This means it developed from contact between multiple dialects of Greek over a large region, not just Attic.

The most common title for Koine Greek is Biblical Greek. This is because the first translation ever made of the Hebrew Scriptures was from Hebrew into Koine Greek. This Greek Old Testament is traditionally called the Septuagint (3rd century BC). Just as importantly, Koine was also the language used to pen the original Greek New Testament.

Beginning in the 4th century, Koine Greek expanded to dominate the Mediterranean world, due in large part to Alexander the Great’s military campaigns, which delivered the language and learning of the Greeks to every new land he conquered.

From the 1st century until the mid-6th century AD, Koine Greek served as the lingua franca (or “common tongue”) of the Roman Empire — even though Latin was the official language of the empire! Speakers could be found from Rome eastward around the Mediterranean through Greece and Asia Minor and down into Egypt.

Obviously, students of the Bible have much to gain from learning Koine Greek. It will allow them to engage and interpret the New Testament on its own terms. This, by extension, has important applications for theology, biblical history, and pastoral work. Even if you’re not a scholar, learning Koine Greek can greatly enrich your personal Bible reading.

But what if you aren’t interested in the Bible or Christianity? Why learn Koine Greek? What’s in it for you?

We think every student interested in Ancient Greek should learn Koine. Here’s why:

First, whether you’re interested in history, philosophy, literature, economics, or anything at all situated in the ancient period, you won’t be able to avoid Koine Greek for very long. (Despite its broad use across the Mediterranean, Koine is remarkably uniform — which means just a little learning can be relevant to multiple regions.)

Second, while Koine is best known for serving as the original language of the New Testament and the Septuagint, it boasts an enormous corpus of ancient writings — including the Stoic philosophy of Epictetus and Marcus Aurelius, the histories of Plutarch and Polybius, Apollonius Rhodius’ epic Argonautica, as well as obscure archeological pieces like grocery lists, wills, legal documents, and personal letters (some of which have never been published!). Koine Greek can give you a special glimpse into everyday life in ancient times.

Third, Koine Greek is a great starting point for acquiring other variations of Greek, including Classical Greek, Byzantine Greek, or Modern Greek.

And finally, there is a ton of accessible and compelling content written in Koine. So even if you are only interested in Homer or in Classical Greek, reading Koine texts will still give you a huge step-up just because of the amount of comprehensible input you will get access to. And the more comprehensible input you consume, the better your language skills will get. 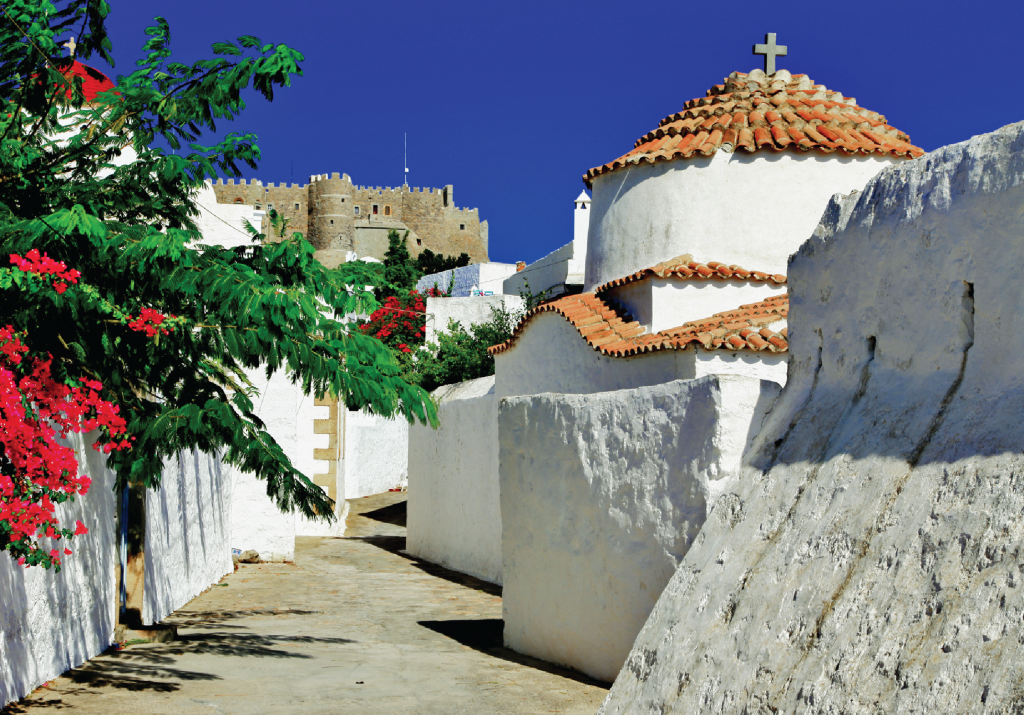 We use a vocabulary learning platform to introduce students to new Greek terms. This software combines images and sounds with the target term, always used in a memorable context.

The combination of sounds and images allows students to quickly and enjoyably understand Greek words, in the ways that Koine writers used them. Our vocabulary learning platform is what flashcards want to be when they grow up! 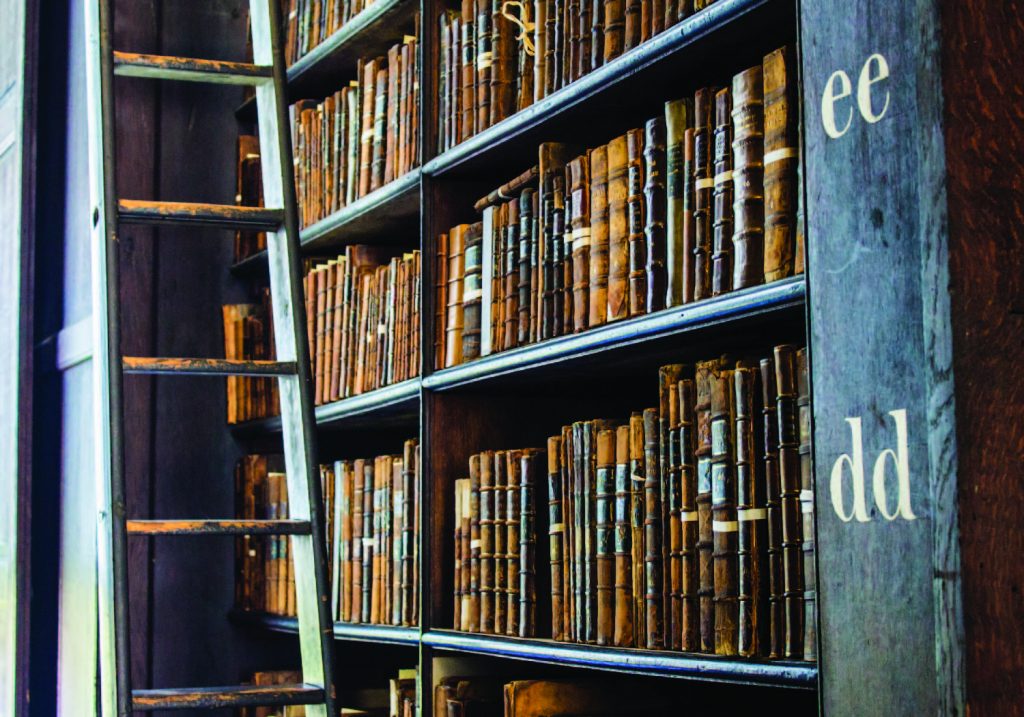 In most courses, students are so burdened by grammar that they hardly get to enjoy actually reading in Koine. We want students to be exposed to grammar in such a way that it expands the amount of Koine content they can successfully encounter.

Our Greek grammar platform grants students access to short lectures on Greek grammar that are characterized by clear explanations and helpful images. Then, you complete intuitive drill exercises that creatively combine sounds and images. 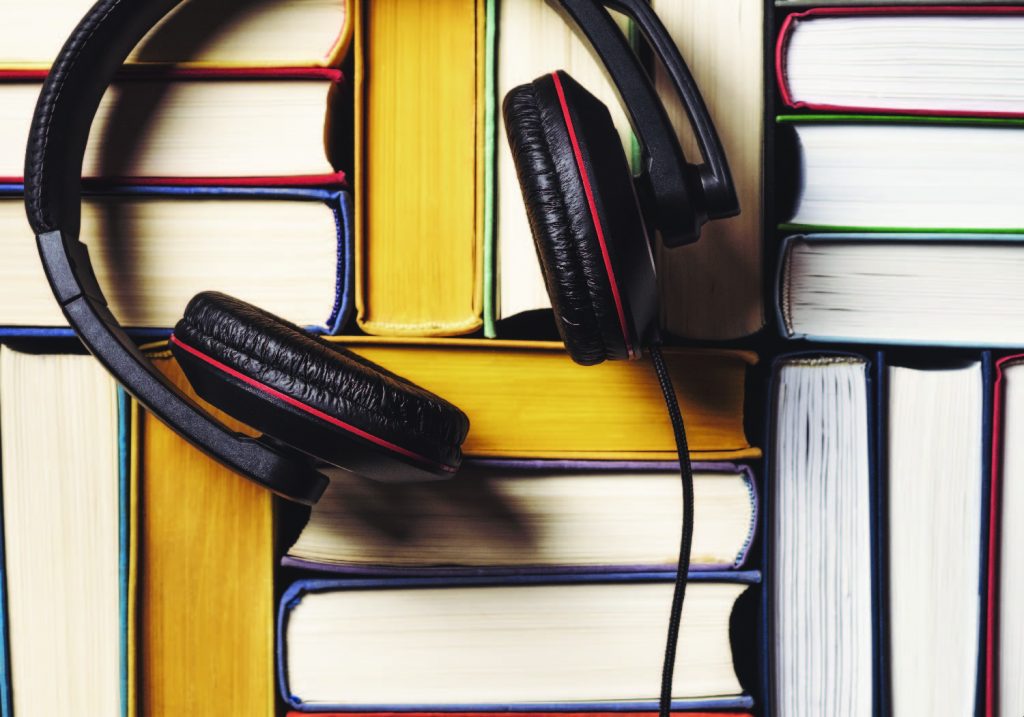 All of our classes are live, online classes. Learning a language with other live people, plus the combination and careful sequencing of materials we employ, allows our classes to be highly productive and fun. In class, students see the vocabulary and grammar they have studied that week in a fresh and creative way, which prepares them to read their assigned texts with ease and success.

Further, in every class session, students are also exposed to additional comprehensible input in a way that prepares and allows students to interact with Koine Greek actively. The best way to learn to read Koine is to speak and to write it! Thus, students will also learn to compose and speak in Koine Greek. 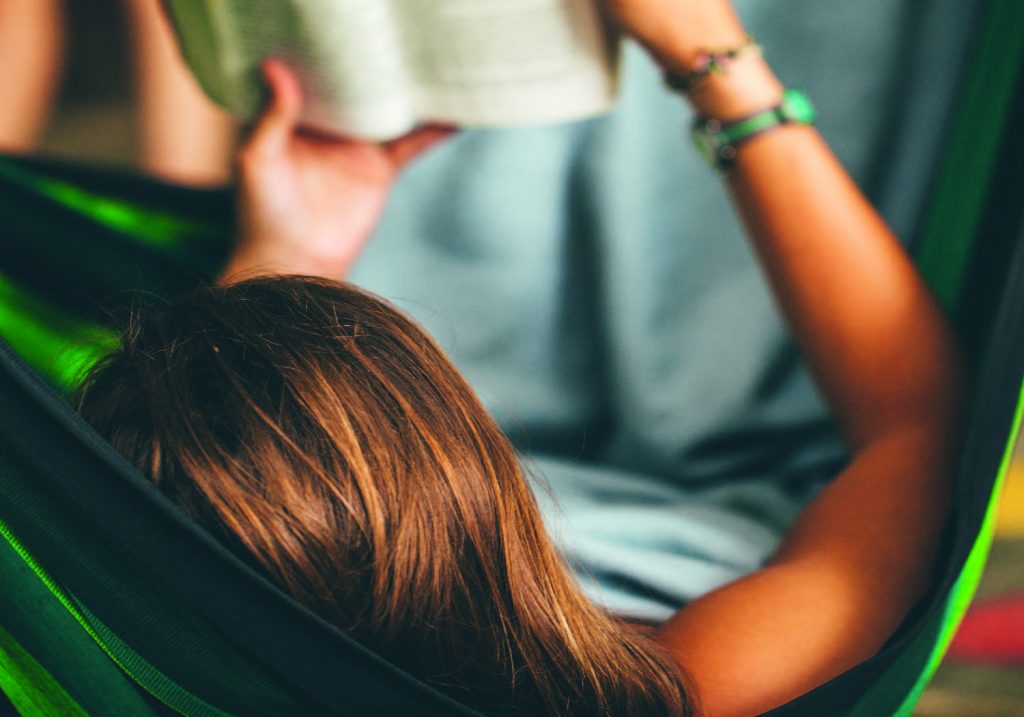 The work of one of our heroes, the linguist Stephen Krashen (who has made all of his research on second language acquisition available for free), has convinced us that students acquire languages through extensive exposure to comprehensible input.

What does that mean? Basically, the more information in the target language that you encounter the faster you’ll learn. Therefore, for our introductory course we have put together a sequence of readings that will allow you to read over 1,000 pages of Koine Greek with success and ease (and without a Koine dictionary)! And that’s just the introductory course.

Be the first to hear all the news from the Ancient Language Institute, including events, exclusive sales, and more.